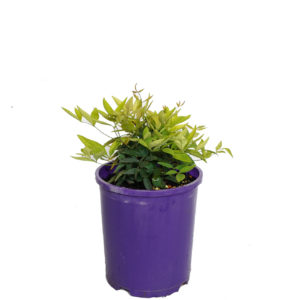 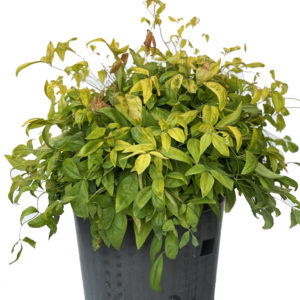 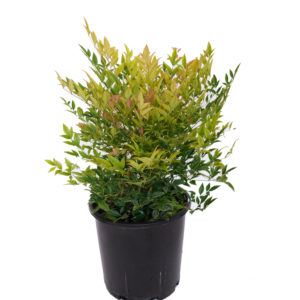 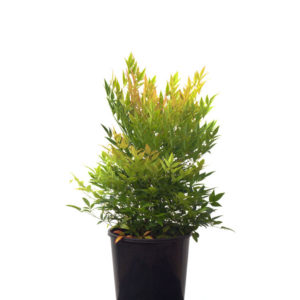 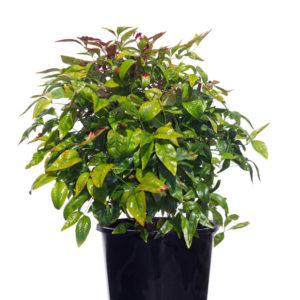 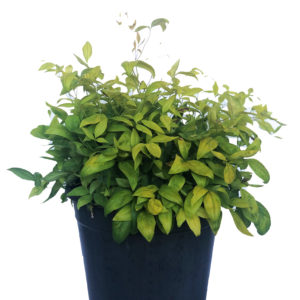 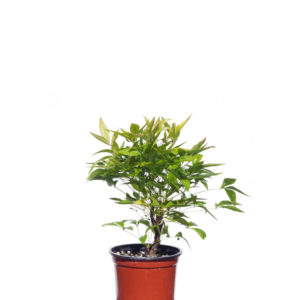 Nandina domestica or nandina is also known by its other names of heavenly bamboo and sacred bamboo. However, this evergreen shrub is not a bamboo at all but a species of the barberry (Berberidaceae) family, a flowering deciduous shrub, that is native to temperate and subtropical climate regions. Nandina derives its name from the Japanese name nanten. Further, its bushy cane-like stems look like bamboo, hence its common names. It grows to a height of 6 to 8 feet tall and width of 2 to 5 feet wide. Nandinas have attractive colourful leaves beginning as a young foliage until it matures. A young nandina has pinkish leaves that turn to soft light green. During the winter season, a tinge of red appears on the green leaves. Additionally, a group of nandinas bear red berries throughout the winter compared to a single nandina that rarely produces any fruit. However, keep in mind that the plant and berries are classified as toxic and poisonous to people, pets, birds and grazing animals. But, don't be disheartened because there are nandina cultivars and non-fruiting varieties that are sterile and perfect as ornamental plants such as the Nandina Nana, Gulf Stream, and Moon Bay among others. Its flowers are white and pink during the summer.
Nandinas are rhizomatous, which means that this plant spreads slowly underground to form a new plant. Because of this, the nandina can be conveniently transplanted because the fleshy roots can easily recover. This plant grows in moist, fertile soil in full sun or partial shade areas. It becomes drought tolerant once it’s established.

Nandina Nana - This nandina cultivar has a spherical growth habit that has bright green or yellow green leaves that turns crimson red during the fall and winter. This can be used as a low hedge or border in streetscapes and roundabouts.
Gulf Stream - This is a dwarf and fruitless cultivar that has bronze with orange tints as a young foliage and blue green to gold and red leaves when it matures. Gulf Streams are ideal for walkway planting and in courtyards.
Moon Bay- This is a dense multi-stemmed shrub that produces orange berries in late winter. Moon Bays can be used as a ground cover and border edging.
Blush Pink - Blush Pink nandinas have a rich pink colour that turns deep green when it's older. As an ornamental shrub, this cultivar looks stunning in patio pots or as a border or hedging.
Firepower - The Firepower nandina has a lime-green colour with tinges of red in the spring, light green in summer, and bright red during the fall. It’s beautiful to plant the Firepower in woodland gardens or as a low hedge or edging plant.